What do I do with my Carnival Goldfish?

Goldfish are a very common freshwater fish species but they're are not quite as straightforward as it may seem. Below we’ll touch in some common myths about goldfish and rumors associated with the colorful graceful species.

Why do goldfish have a reputation of being easy to care for? Probably because of their availability, you can win them at carnivals. Although some animal activists have been trying to get goldfish prizes banned (it's a controversial topic, due to lack of proper care most of these goldfish die anyway) there are many carnivals that still give winners a bag with goldfish when they throw a ring over a bottle or throw a ball in a hoop.

If you happen to be one of these winners, chances are you're going to check your home for a bowl, or maybe a big cookie jar. Congratulations on your win but before you do anything, maybe read through goldfish care on Fish4Beginners.com it's fast point form list on how to keep fish alive.

Here comes the second myth about goldfish, they can't live in bowls! It's so confusing however because even I've seen in a pet store aisle for sale “goldfish bowls” it's simply part of the reputation of goldfish but in reality, they are very messy and cannot tolerate living in cramped conditions. Looking into the origins of this fishy rumor, perhaps it's due to the fact that goldfish get their oxygen from the surface not within the water like most other topical fish species. Knowing this piece of information, a bowl seems to be the perfect habitat, no?

If you have a massive bowl it may work with filtration but the average cookie jar will not be successful. Consider the mass of a goldfish, they are wide bodied therefore taking up twice the space of a similar sized tetra, for example. Knowing this they would produce twice the poop. A filter is now needed. Not just any filter, but a powerful one that can circulate the water and pick up the detritus as it floats by.

They can grow quite large, it's partially true that a fish is only going to grow to the proportions allowed by it's environment, but keeping it in a small space is going to stunt growth and cause a whole hearth of health problems. A 29 gallon may be the minimal size, personally, I would never place a goldfish in a smaller tank and highly suggest you do the same.

Children enjoy keeping goldfish alive – or attempting to anyway, at least most look the same so when one dies it's easy for a parent to take a quick trip to the pet store while the child's at school to purchase a similar looking fish and voila! Mr. Bubbly is still thriving and alive! Comically, recall the episode of full house when Michelle won a goldfish from a carnival and the occurrences to follow, for a trip back to memory lane you can view the episode here: http://www.tv.com/shows/full-house/a-fish-called-martin-47415/ 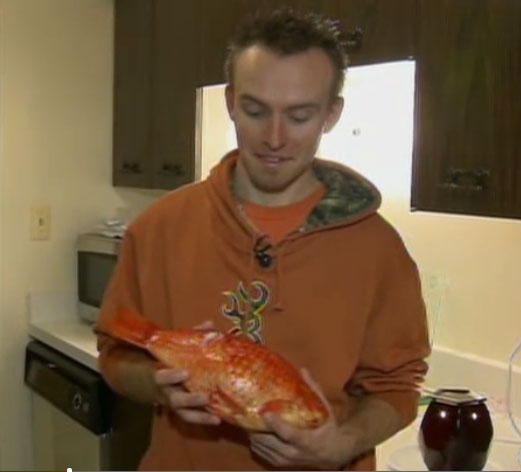