All the wiring and fittings of previous light system hast to be removed.
The cover of Buoyu Orca tank has stainless steel reflector inside. That's what i used as heatsink for all the led chips. Simply remove it and glue all the chips onto it using thermal glue.

All the chips has to be connected in series. That is cathode to anode( + to -)

Will add some photos later 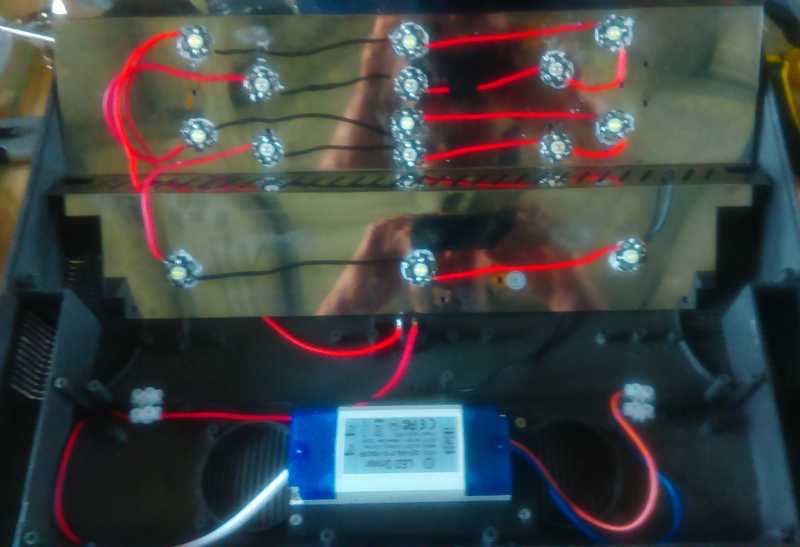 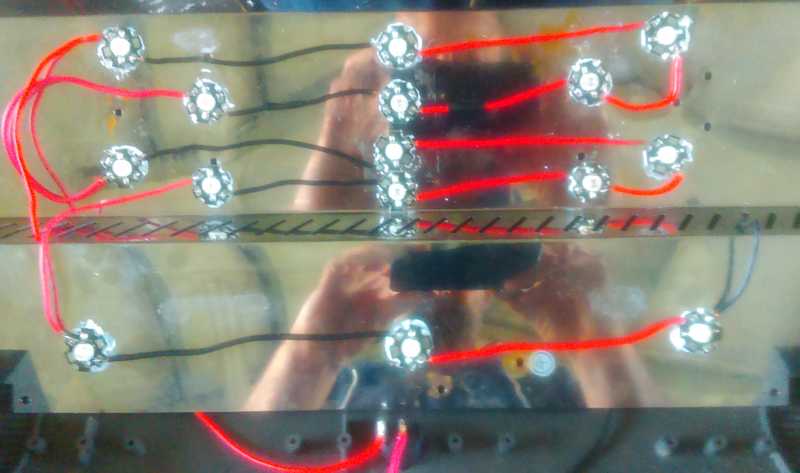 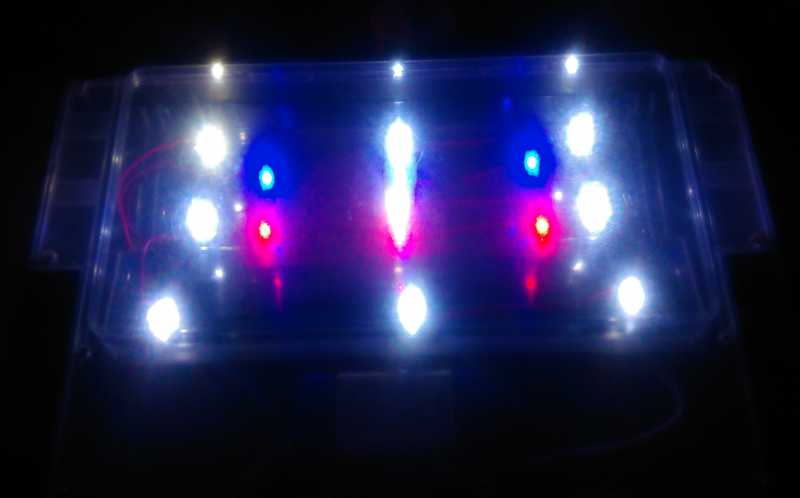