I wish to thank John for his hard work in keeping the forum going.

With John wishing to "retire" from the role of managing the forum and the forum receiving very little traffic, I think we must agree that forum has come to a natural conclusion and it's time to put it to rest.

I am proposing that the forum be made read-only from March 2022 onwards and that no new users or content be created. The website is still registered for several more years, so the content will still be accessible but no new topics or replies will be allowed.

If there is interest from the ITFS or other fish keeping clubs, we may redirect traffic to them or to a Facebook group but will not actively manage it.

I'd like to thank everyone over the years who helped with forum, posted a reply, started a new topic, ask a question and helped a newbie in fish keeping. And thank you to the sponsors who helped us along the away. Hopefully it made the hobby stronger.

I'd especially like to thank John Howell and Valerie Rousseau for all of their contributions, without them the forum would have never been has successful.

Less More
29 Sep 2017 14:33 #1 by Bill (Bill Hunter)
Many happy returns. was created by Bill (Bill Hunter)
I managed, after a long time trawling and hunting to get some very old favourites. Ah! the memories.
Limia nigrofasciata was a very popular livebearer through the 50s, and 60s along with several other species. I wondered if they could be found again. Low and behold, they seem to be coming back into vogue.
I managed to track down a trio (2 females 1 male) of Limia nigrofasciata, Poecilia Mexicana 'Depeche' and Poecilia salvatoris.
The P. salvatoris and P. Mexicana just refuse to stay still long enough to photograph them so I won't be able to show a photo for a while yet, but after the initial 24 hrs where the Limia nigrofasciata initially stayed hidden behind anything they could, they settled down very quickly and are extremely friendly, especially for wild fish. The two Poecilia species are actually as friendly, but they seem to suffer from ADHD and won't slow down enough to photograph.
I've found loads of these livebearer species for sale. They make an excellent change from the garish, artificially produced colours of modern day swordtails, Mollies, Platies etc. etc. but are still colourful enough for a community tank.

Male Limia nigrofasciata. He is just beginning to colour up. In full colour at maturity (about 6 weeks from now) the yellow on his dorsal and caudal will mature to bright yellow and his belly to chin will be golden. 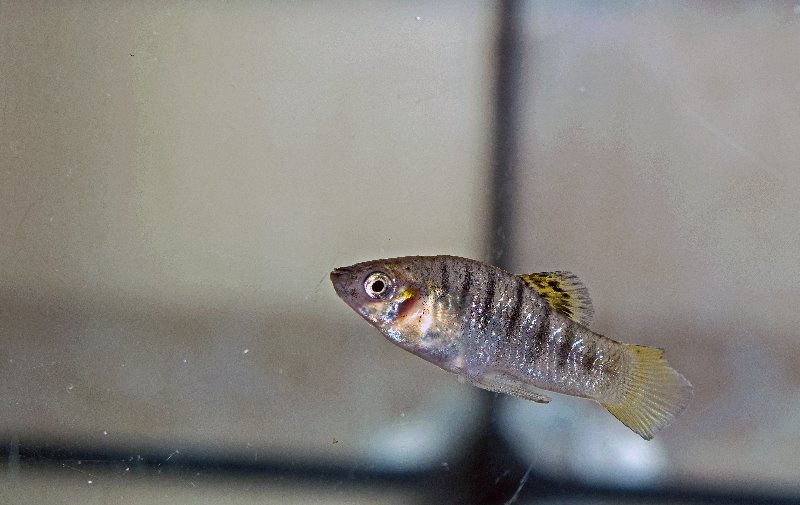 Female Limia nigrofasciata. Like the male she has about the same time to go until she is mature, although the yellow won't be as bright and her black bars won't be as black and she will certainly be about 3.5" against his 3".

I'm looking forward to working with these gems over the coming months. These livebearers have been out of the hobby for far too long.
Bill


i think the general community myself included are surprised how many types of livebearers their actually is.

regards
craig
at the end of the day it becomes nite

Less More
30 Sep 2017 10:28 #3 by Bill (Bill Hunter)
Replied by Bill (Bill Hunter) on topic Many happy returns.
There are a lot of livebearers out there, Craig, they all fell out of favour when they started producing the hybrid mollies and swordtails, people were attracted to the bright colours. Hopefully these little species will make a good return to our aquariums.
Bill 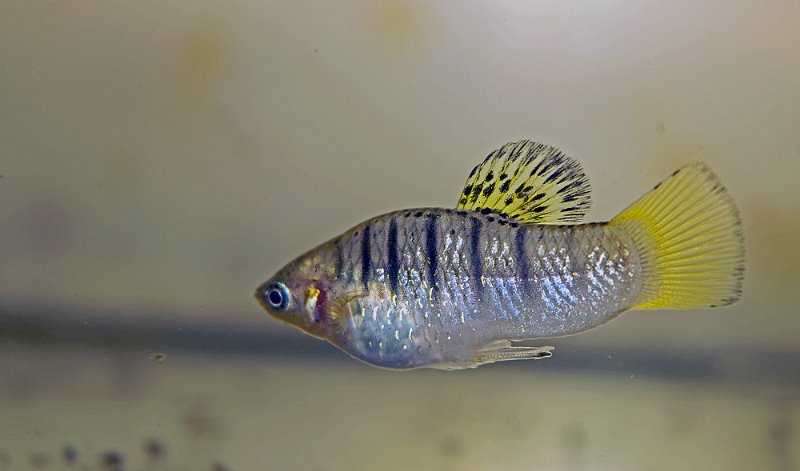