Less More
22 Nov 2018 13:50 #1 by davet (Dave Treacy)
“Well, that escalated quickly” My 300 Litre Scape was created by davet (Dave Treacy)
Hi
I’ve had multiple attempts at scaping my old 180 Litre Juwel Vision tank over the years only to have the plants fail, get uprooted, have to strip down after moving house or even just not be completely happy with it and start over (usually far too quickly). I’ve always wanted a proper scapers tank and I’ve watched enough of George Farmer on YouTube along with other aquascaping videos to be inspired / jealous.

So I decided to get rid of my old faithful Juwel Vision tank (of 10 years) and upgrade to a custom 300 litre tank from Seahorse once the required planning permission was granted by the wife (she’s awesome really).

I cloned the dimensions of the George Farmer Aquascaper 1200 and ordered the 1200 x 600 x 450mm Optiwhite tank from Seahorse. I went with a rimless, brace less build with clear silicone and I love it 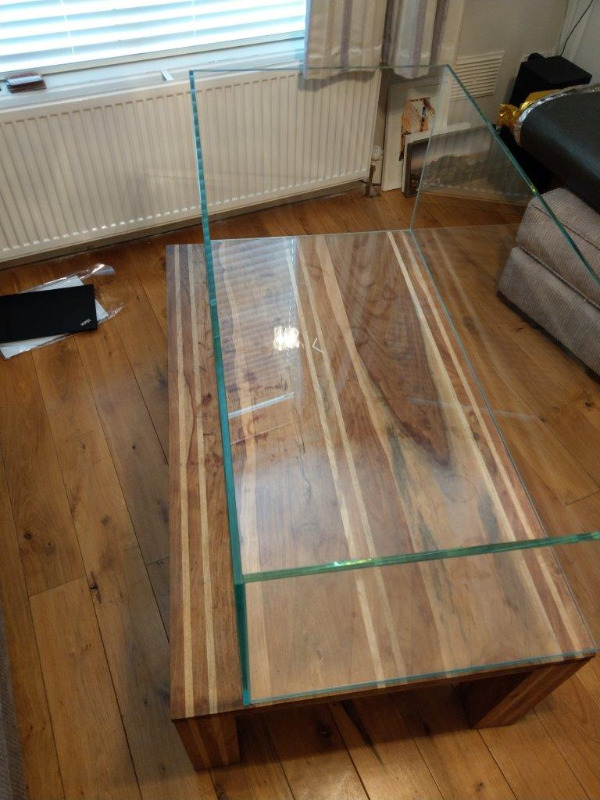 First thing I did was a frosted film on the rear or the tank rather than go for a coloured background, I had done the same on my old tank and absolutely loved it as it allows for some excellent backlighting with coloured LEDs should I want I also think it creates a more interesting sense of depth rather than a solid blue or black which is a more definite blocker on perspective IMO.

I’d looked into getting a stand made up and a suggestion on here sent me down the metal frame stand and so happy I did that. I got a local welder I know to make up the 40mm square stand for me and he painted it (tiny money) compared to what I was getting quoted for a wood stand and so much stronger and no future worries about water damage or sagging etc. I then looked up a local Dublin cabinet maker to see about just getting a wood wrap to go around the tank got some daft quotes along the way but very happy with what my guy created, no doors on it just lift off access panels. 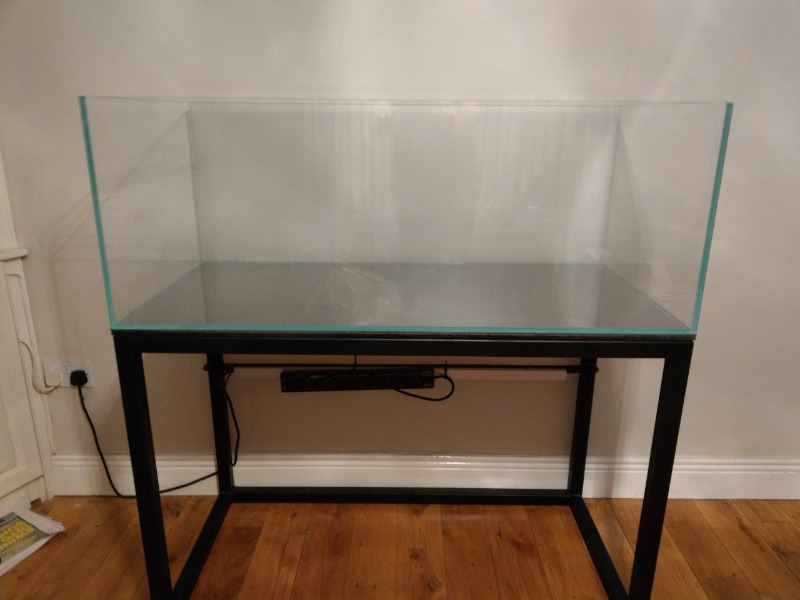 Next came the scape layout and I knew what I sort of wanted but wasn’t confident in my skills. I asked on here and Darren in Seahorse was the go to guy. I did look up and get the offer from Lauris on here and would have taken him up on it but Darren was happy to help me. I already had a large selection of wood picked up over the years and wanted to mostly use the branch pieces I had rather than the solid logs. Darren came up with an excellent scape on a cardboard mock-up in less than 30 minutes with existing wood plus 2 additional wood bits from shop along with JBL Volcano Mineral (9L), Planting Substrate, River Gravel (30kgs) and some mineral powder additives. Also got 4 pots of Monte Carlo for the foreground carpet I wanted to create and then I had to then try recreate this at home. 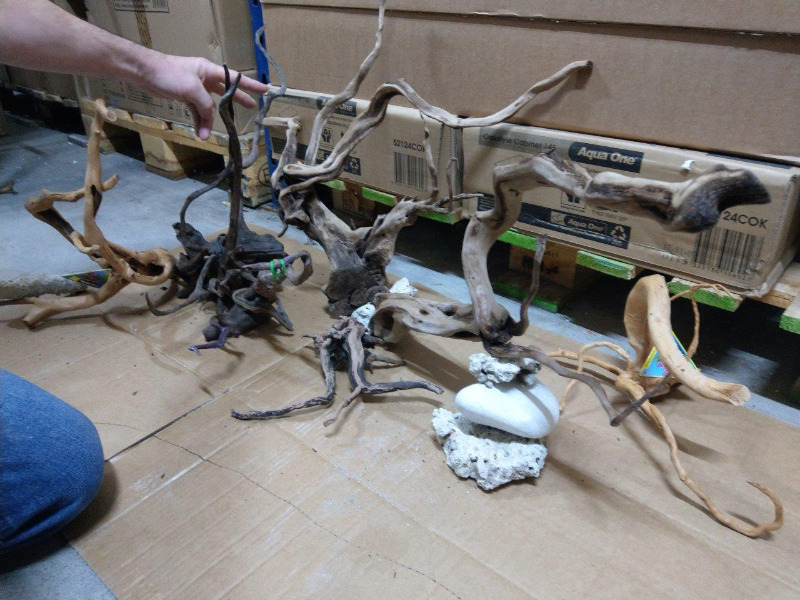 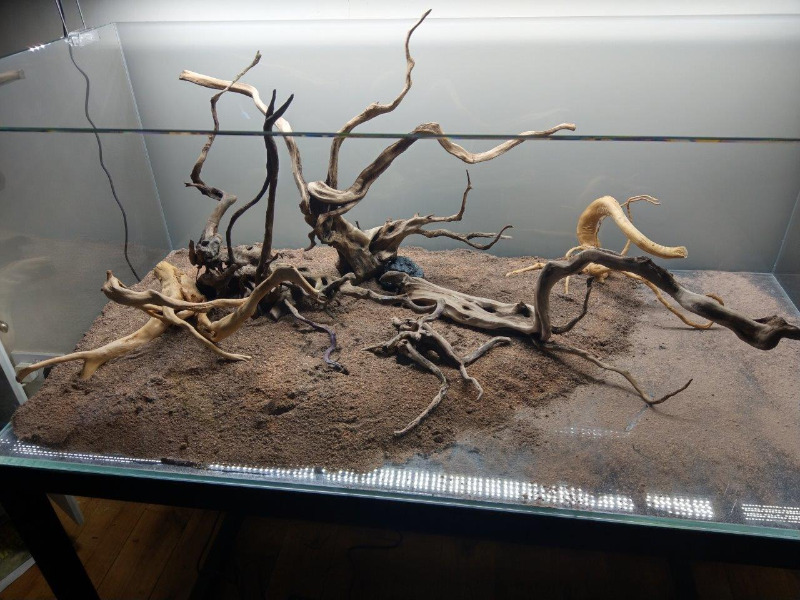 Recreation of the scape 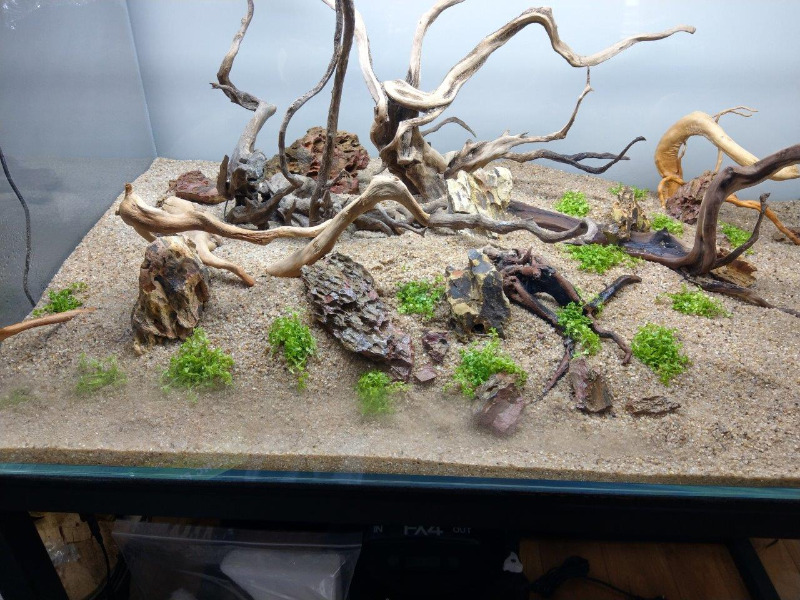 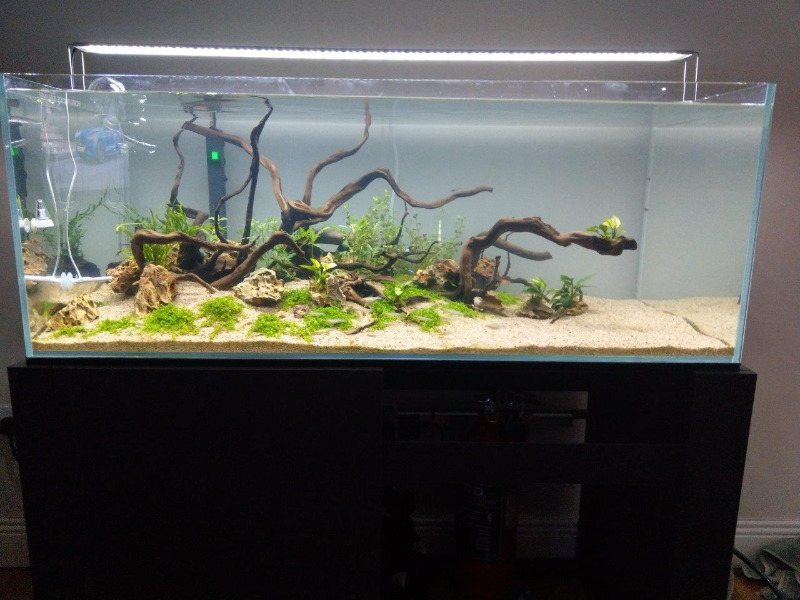 Nearly all plants from plant list are now planted apart from H'ra, this was on 11th November. All after 8 weeks of the MC on DSM

Added my fish from the old tank which was 13 Rummynose tetra, 6 Ember tetras, 3 Female Bettas. New additions were 8 Amano shrimp and about 10 Orange Rilli shrimp which were added between 10th & 11th. Fluval FX4 filter was dosed with starter bacteria and have done two 80% water changes in the past 10 days. Levels are all good, slight ammonia but only 0.25. Photo period of LED lights is just 6 hours.

Less More
24 Nov 2018 13:46 #2 by Jonlate (Jon Late)
Replied by Jonlate (Jon Late) on topic “Well, that escalated quickly” My 300 Litre Scape
Well done Dave, it’s looking good.
That stand looks great, have u got a photo with the surround on it?
Can’t wait to see it again in a few months. 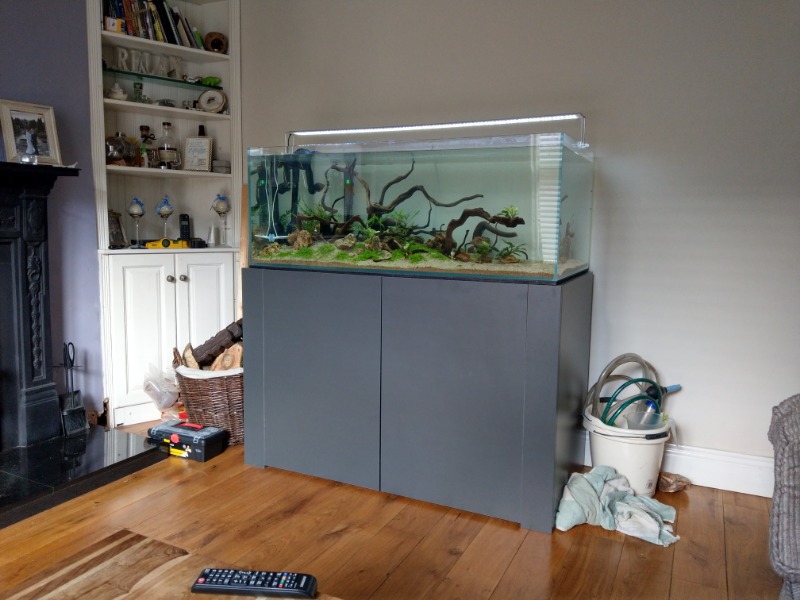